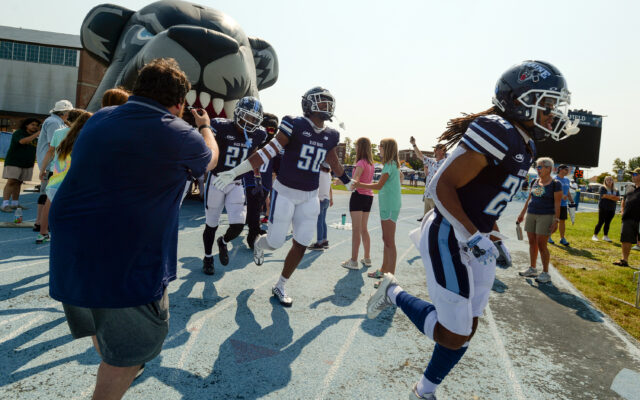 FIU was 4-8 last season and 2-6 in Conference-USA, while North Dakota State lost in the FCS championship game to South Dakota State 45-21 and wound up 12-3.

North Dakota State had won nine of its titles over the previous 11 seasons.

The University of Maine will receive $250,000 apiece from its trips to Miami and Fargo, North Dakota. The team went 2-9 under first-year head coach Jordan Stevens this past season, 2-6 in the Colonial Athletic Association.

UMaine’s home opener will also be its conference opener as the Black Bears will entertain the University of Rhode Island on Sept. 16.

It will be the 101st meeting between the New England state school rivals.

UMaine will then continue conference play at William and Mary on Sept. 23 before entertaining Stony Brook on Sept. 30 and then playing against Richmond in Virginia on Oct. 7.

The Black Bears will then play a non-conference game against visiting Long Island University on Oct. 14.

It will be the first meeting between UMaine and LIU, and UMaine will pay LIU a $100,000 guarantee for its trip to Orono.

LIU was 4-7 overall last season, 4-3 in the Northeast Conference.

New Colonial Athletic Association member Campbell University will host UMaine on Oct. 21 before UMaine returns to Orono for conference games against Albany on Oct. 28 and Hampton on Nov. 4.

Campbell is in Buies Creek, North Carolina, and was 5-6 overall, 2-3 in the Big South.

UMaine will have the following weekend off before finishing the regular season with the battle for the Brice-Cowell musket against rival University of New Hampshire in Durham, New Hampshire, on Nov. 18.

William and Mary, New Hampshire and Richmond all earned FCS playoff berths this past season and won their first games before being ousted in the next round by Montana State (55-7), Holy Cross (35-19) and Sacramento State (38-31), respectively.