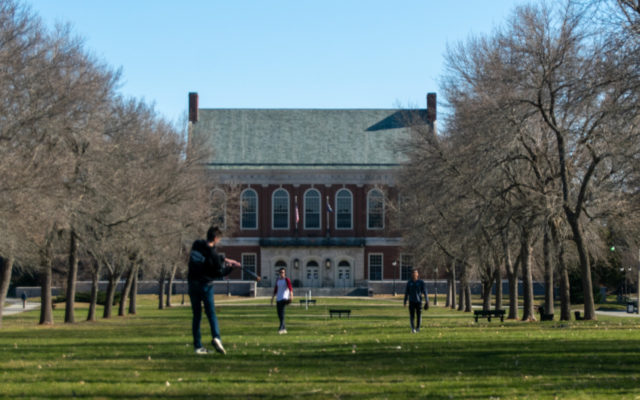 Eesha Pendharkar • June 30, 2020
The University of Maine System plans to offer coronavirus testing at all seven of its universities as students, faculty and staff return for in-person classes this fall.

The University of Maine System plans to offer coronavirus testing at all seven of its universities as students, faculty and staff return for in-person classes this fall.

The university system will team up with ConvenientMD to collect samples while The Jackson Laboratory, based in Bar Harbor, will test the samples. New Hampshire-based ConvenientMD runs six urgent care clinics around Maine, while the nonprofit Jackson Lab has been ramping up testing capacity at its Farmington, Connecticut, campus throughout the spring, helping Connecticut and a handful of Maine hospitals.

The testing partnership comes as the university system finalizes plans to resume in-person classes this fall after the universities had to shift to remote learning in March due to the coronavirus pandemic. The goal is to identify asymptomatic carriers of the virus so they can be isolated and prevented from spreading the virus to others.

The university system will offer PCR tests, which identify whether people are currently carrying the highly contagious virus and are among the most reliable tests available.

“Our recommendation will likely be that you get tested at home, but having understood that not everyone will be able to attain that, then we’ll have a testing system available when those individuals return to campus,” Malloy said Tuesday.

The university system will likely ask out-of-state students who do not bring proof that they’ve already tested negative to quarantine for 24 to 48 hours until they can be tested and the results come back negative.

Malloy said the system has not determined whether students will have to pay for the tests.

The Jackson Laboratory has used a lab on its Connecticut campus that typically analyzes tumors to help cancer patients determine their treatment options to test for the coronavirus since the pandemic began. By early July, the capacity at that lab will expand from testing 5,000 nasal swabs a day to 20,000.

The turnaround time for the planned testing at UMaine system campuses will also be 24 hours, starting when the lab in Connecticut receives the samples, according to Dr. Edison T. Liu, president and CEO of The Jackson Laboratory.

News of the testing partnership comes as colleges in Maine and elsewhere release plans for reopening their campuses this fall with arrangements to promote social distancing and often limit the number of students on campus.