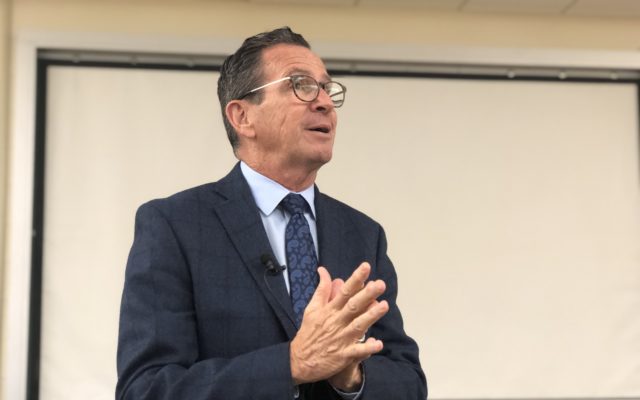 University of Maine System to seek one accreditation for all campuses

Eesha Pendharkar • January 28, 2020
Maine’s seven public universities will no longer be evaluated independently after the University of Maine System board of trustees on Monday approved a proposal to seek a single, systemwide accreditation.

Maine’s seven public universities will no longer be evaluated independently after the University of Maine System board of trustees on Monday approved a proposal to seek a single, systemwide accreditation.

The system had been considering consolidating accreditation since 1968, but after the board unanimously approved Chancellor Dannel Malloy’s proposal to move toward unified accreditation, it will become the first in the nation to seek system-level evaluation.

“The problem with separate university accreditation at the university level in our system, in a resource-constrained state has always been that it is too difficult to share resources that are limited,” said Jim Thelen, chief of staff for Malloy and the university system’s general counsel, told the board Monday. “Unified accreditation allows us that opportunity.”

Accreditation is a stamp of approval by a regional evaluating agency that an educational institution meets a benchmark of quality. When a university receives accreditation, it means that its academic programs meet basic quality standards, that its facilities are sufficient for a college education and that it has a particular organizational structure.

Unified accreditation will allow the seven universities in the University of Maine system to share resources, faculty and services to a greater extent than is currently allowed under separate accreditation.

The university system already has moved toward consolidation as much as possible under the current independent accreditation model. The campuses at Presque Isle and Fort Kent offer programs at each other’s facilities and share four administrative positions. The two northernmost campuses work so closely together, the commission has questioned whether they are independent institutions.

The university system has long seen the need for more of this kind of collaboration, Malloy has said. But Thelen added Monday that further collaboration “cannot be scaled to the scope necessary under separate accreditation models.”

When Malloy became chancellor, the board tasked him with making a recommendation about unified accreditation. After he submitted a report to the board in September, he visited each campus multiple times to talk about accreditation and gather feedback through forums with faculty, administration and students.

“Our recommendation to unify our accreditations was developed through participation rather than persuasion,” Malloy said.

In November 2019, the board approved the proposal and asked for an outline of future steps.

After the commission makes a decision, the university system leadership including Malloy, the campus presidents and other administrators will start planning on how to transition the universities to a single accreditation model. This will take about two years, Malloy told the trustees.

David Townsend, faculty senate president and director of Marine Sciences at UMaine, said faculty support the unified accreditation effort, but have some concerns about the staffing on campus, including consolidating the chief academic officer position for the system and local campus oversight on academic programs.

“The students of the University of Southern Maine value the guiding principles that are put forth in this proposal and we are pleased to see that the proposal respects the model where all schools operate on an equal footing,” he said.