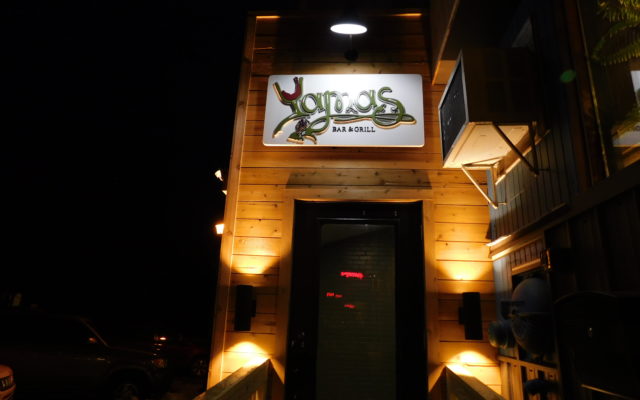 Nina Mahaleris • January 6, 2020
Less than four months after a fire damaged several downtown buildings in Old Town and forced Yamas restaurant to close its doors indefinitely, the business is celebrating a fresh start in a new home in Orono.

ORONO, Maine — Less than four months after a fire damaged several downtown buildings in Old Town and forced Yamas restaurant to close its doors indefinitely, the business is celebrating a fresh start in a new home in Orono.

The restaurant officially opened its newest location on Saturday, Dec. 28. Familiar faces headed to the new space and commended the business on resurrecting the popular destination, only now in downtown Orono.

“Now the Orono residents are getting a taste of what the Yamas in Old Town was like,” Old Town resident Rodney LaJoie said as he sat at the bar, sipping his beer.

The establishment of Yamas in Orono appears to have been a good move for both the restaurant and its fanbase. While frequent diners had little issue following the business to the new location, the move also seemed to form a bond between Orono and Old Town. 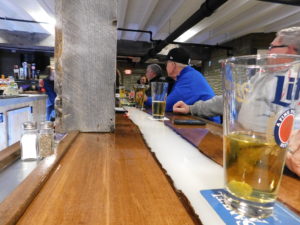 Patrons gather inside at Yamas Restaurant, which opened on Dec. 28, 2019. (Nina Mahaleris | The Penobscot Times)

The abrupt closure of Yamas last year seemed to shake up the Old Town community in unforeseen ways. Since opening in 2010, it had become a true local hub. It was the place barflies could casually gather during their lunch breaks and a popular dinner spot for many families in the Penobscot region.

But amid rumors and misinformation, Yamas co-owner Alexandra Rondo wants to reassure the restaurant’s followers: The Old Town location will reopen — it’s only a matter of when.

“We will be opening back up,” she said. “I don’t want them to think we’ve forgotten about [them].”

For now, the restaurant is focusing on adjusting to its new space. While the business held onto its usual menu, the staff is still trying to get accustomed to working with a bigger kitchen.

For that reason, Yamas is temporarily holding off doing nightly specials and takeout. The restaurant will also only be open for dinner, from 4 p.m. to 1 a.m, until the staff settles into the new building, Rondo said.

Regardless, people flocked to Yamas on Saturday night for the official opening. Rondo said the place was just about full within the first 45 minutes. 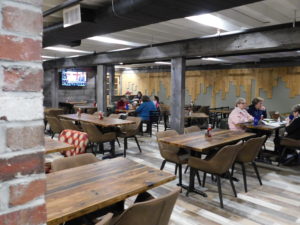 The interior of the recently opened Yamas Restaurant in Orono.

Less than a full week after opening, a steady stream of visitors continued to make their way to the restaurant for dinner, drinks or to simply take in the new digs. One such diner was Orono resident Bob Sinclair, who often frequented the Old Town location with his family.

Sinclair complimented the restaurant’s transformation, talking about how far the space had come since it was inhabited by The Roost.

He said his family dined at the Old Town restaurant so often that it came to be their favorite place to eat. Although the new location looks quite different from the older space on Main Street, Sinclair said the restaurant still has the same feel.

“It’s the same pleasant atmosphere I found in Old Town,” he said. “The people are great, the menu is great … For Orono, I think this is a good family restaurant.”